We at Fierce Freedom work to end the cycle of human trafficking and exploitation through educational programming that empowers
communities and speaks to the worth and dignity of each individual.

How it all Began

In 2008, Jenny Almquist was at a presentation on human sex trafficking and couldn’t believe what she was seeing and hearing. How could slavery be happening in this day and age? She decided she had to do something and with her husband, Dave Almquist, started a retail business, Fierce Beauty, to raise money for organizations that free men, women, and children from human trafficking. The mission evolved, and in 2012 Jenny launched a non-profit organization, Fierce Freedom, to educate and raise awareness about human trafficking in northwest Wisconsin. In 2013 the organization opened its office in Eau Claire, Wisconsin.

During the past few years, Fierce Freedom has played an important role not only in western Wisconsin but across the state in doing just that. The organization has spoken about the harsh realities of human trafficking to representatives in schools, churches, police departments, city and county government, state officials and with anyone else willing to listen. Fierce Freedom has forged relationships with those entities and others and has helped enact legislation at the state level that has significantly improved trafficking-related laws, enlisting support of both Democrats and Republicans along the way.

Despite those successes, and the growing support for the efforts of Fierce Freedom, much work remains to make meaningful inroads against sex and labor trafficking. Fighting those crimes will require continued work of people and agencies across Wisconsin and elsewhere, and Fierce Freedom plans to be play an even more vital role in those efforts in the future. 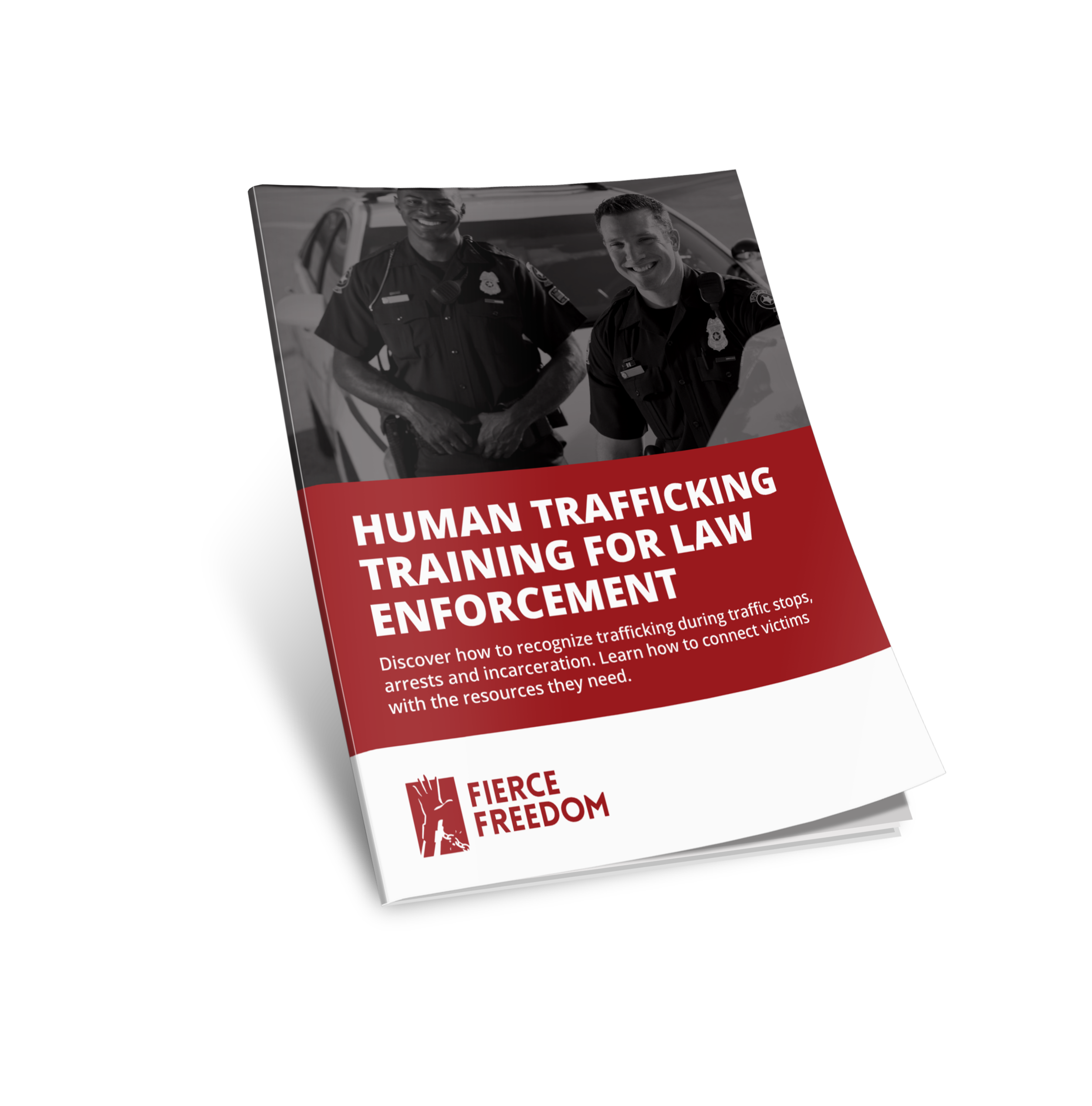 “I have been in this field (law enforcement) for more than 20 years and have never received training on human trafficking until now. I learned exactly how real it is, and it is not just a big city problem. I believe that every jail should receive this valuable training.”

We can’t do this all by ourselves. That’s why we have created these customized training modules that you take back and present to your group. Everything you need is included for you to host your own training event.

Did you know youth are often the most targeted population for trafficking? Fierce Freedom can empower your school to identify the warning signs of grooming – decreasing your own liability – while helping to protect students from exploitation.

Invite Us to Your School

Today, there are more slaves worldwide than when Lincoln was president. Fierce Freedom can show how you as a member of the faith community can take action against the “Goliath” of modern-day slavery in your hometown and protect your loved ones from exploitation.

Invite Us To Your Faith Community

Law enforcement professionals are literally on the front lines in the battle against human trafficking. Fierce Freedom will train you in how to recognize the subtle (yet seeming hidden in plain sight) signs of trafficking as well as the benefits of taking a trauma-informed approach to your interactions.

Invite Us To YOur Agency

88% of trafficking victims will access health care at some point during their situation. Fierce Freedom will train you to  use your unique and vital role as a first responder or medical provider to report trafficking incidents and help victims to get the services they desperately need.

Invite Us To Your Facility

Each year, sex trafficking in hotels costs hotels billions of dollars in lawsuits and destroys corporate reputations. Find out how you as a member of the hotel industry can maintain your hotel’s reputation, help protect your hotel against a possible lawsuit, and uphold you as an industry leader in the fight against human trafficking and exploitation.

Invite Us to Your Hotel / Conference

Human trafficking is the fastest growing and most lucrative criminal enterprise in our nation today. Fierce Freedom’s education will teach your group how to stand united together in the fight against modern-day slavery and protect your loved ones from exploitation.

Invite Us to Your Event